The circus is coming to Stockeld for the May half term! Join us for a week of family adventures and jubilee celebrations!
Book your tickets here
Stockeld Park
Today at Stockeld Park:

We attempted a World Record with the help of Paddington!

This summer we excitedly welcomed Paddington to Stockeld Park!

The famous bear spent a couple of days exploring the Enchanted Forest, being befuddled by the Maze, enjoying the Adventure Playgrounds and meeting many of the families who visited Stockeld Park over the weekend.

Whilst he was here we decided to spoil him with a constant supply of his favourite snack – marmalade sandwiches – and then we had a good idea….

Why not try to break a World Record whilst we’re at it! 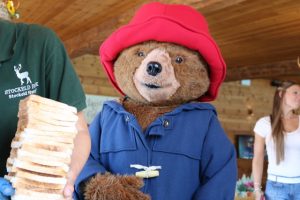 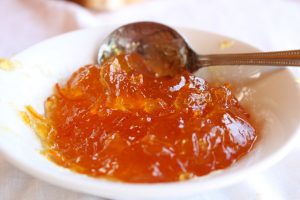 So after a bit of researching, we discovered that the record for the ‘most layers in a sandwich’ was achieved by DiLusso Deli Company at Madison Square Park in New York, USA on 22 October 2016 with a whopping 60 slices of bread.

Spurred on we gathered all of the things we’d need; 4 loaves of bread, 6 jars of marmalade, lots of little helpers, 2 steady hands and the support of a big brown bear in a floppy red hat (plus someone to stop him eating all the marmalade!) 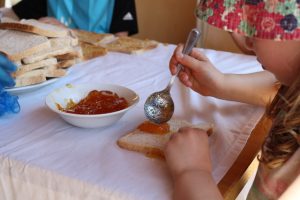 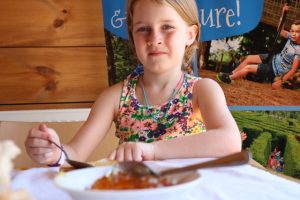 On the day we got stuck in and sticky, with the children happily applying the marmalade to the bread and our Stockeld Rangers nervously stacking them on top of one another with great care.

The first 10 were easy, the second 10 sticky and the third 10 nerve wracking! 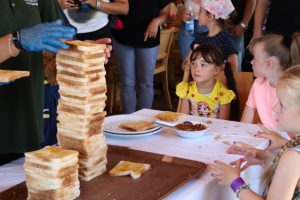 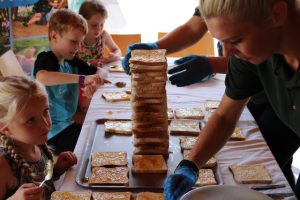 We finally managed to layer a wobbly 51 slices of marmalade covered bread on top of each other to make an impressive sandwich measuring over 76cm high….. before the tangy tower crashed to the ground!

Despite being defeated and unable to beat the World Record – everyone agreed that they had a brilliant time attempting the challenge. And it’s safe the say that with Paddington around, the enormous sandwich did not go to waste! 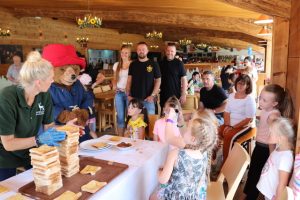 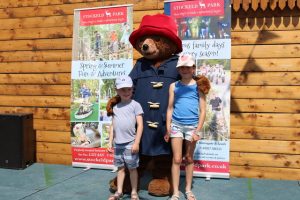 The Easter bunny is coming out of hiding, down to Stockeld Park...
14th March

One of England’s leading adventure parks is donating £10,000 from tickets sold...

It's time for some bubble fun at the Weekend Adventures!
30th April- 17th July (during weekend openings)
Included! *

Clamber and climb up high like a monkey in this Adventure Playground!
30th April-17th July (Weekends & bank hol) *
Included! *

Saving Farmer Foster's is back for the Weekend Adventures!
30 Apr - 22 May